Originally presented to Royal Cowes Y. C. by Capt. Peter Macdonald M.P. in 1934 for use as a prize in the Royal Cowes Town Regatta

It was won by Stewart Langford Esq., in ‘Willy-Nilly’ and was later brought to Mylor and was presented to Mylor Yacht Club by his son Tim Langford as the STEWART LANGFORD CUP.

It then became the prize cup for G.R.P. Scratch Working Boats 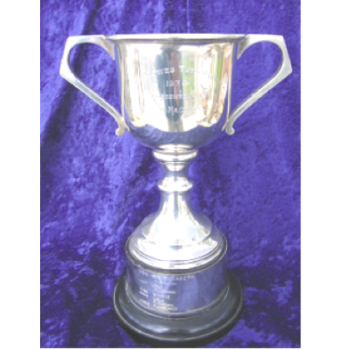